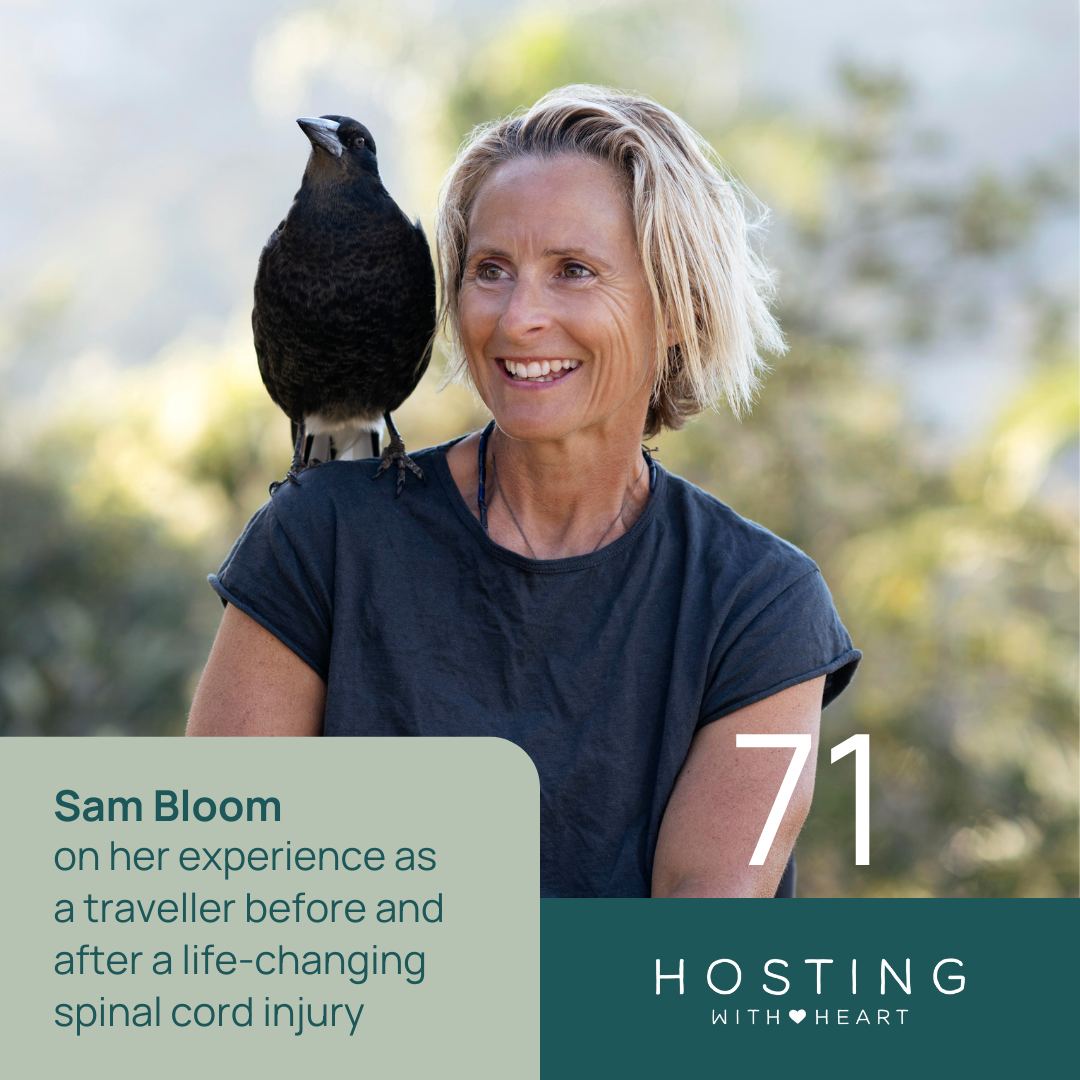 In 2013, Sam Bloom, an avid traveller, keen sportswoman, nurse, wife and Mum to three young boys, was holidaying in Thailand with her family when in a literal split second, she fell six metres through the decayed railing of an observation deck fence, landing on concrete.

As a result of the fall, she suffered devastating injuries, including severe damage to her spinal cord that left her paralysed from the chest down.

The personal journey and unexpected bond with an injured magpie her sons named ‘Penguin’ that followed her accident went on to be documented in a hugely successful book named Penguin Bloom, photographed by Sam’s husband Cam and written by acclaimed Australian author Bradley Trevor-Greive.

But what followed that went beyond Cam and Sam’s wildest dreams. Actress Naomi Watts soon came calling, wanting to produce and star in a movie version of the book, which was released internationally in 2020 to critical acclaim.

If this wasn’t enough to cultivate a prolific public profile for Sam, she also went on to take up kayaking and became a two-time World Parasurfing Champion.

I had the absolute pleasure of catching up with Sam about her experiences as a traveller both before and after the accident recently. Her insights proved to further fuel my drive to do as much as I can to increase the amount of high-quality accessible accommodation both here and the world over.

I hope you enjoy this very special chat between myself and Sam today.